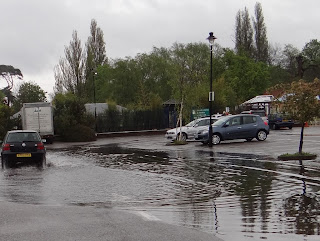 Posted by London Weather at 08:44 No comments:

A cold April for a change 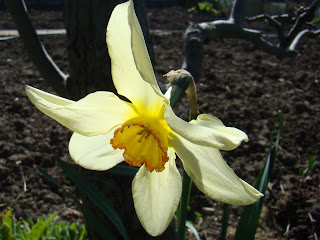 It's now half way through the month and there is every indication that we are in for a colder than average April. In fact it could be the coldest April since 1989 although a lot can happen in 2 weeks! In recent years we have had many warm Aprils. Last year there was record-breaking warmth during April and, excluding this month, the 3 warmest Aprils since 1900 have occurred in the last 5 years. Looking at the top 10 coldest Aprils in this area since 1900 the only ones in fairly recent years that have featured are 1986 and 1978. Most of the top 10 (6 entries) are made up of Aprils from the first 30 years of the 20th century. The coldest April of all was 1917. To put that April into perspective, the mean temperature was 6.0 Celsius, compared with 8.2 Celsius so far this month (last April, 2011, we had a mean temperature of 13.6 Celsius). It looks as if both the April of 1917 and this month were/are showery months, but it was noticeable that up on Hampstead Heath there were 13 days when sleet or snow was observed and grass frost occurred on 26 nights. So, the air was obviously cold, and in that year the temperature didn't rise above 15 Celsius until the very last day of the month. We' already had 16C!!

Posted by London Weather at 04:22 No comments:

How bad is the 'drought'? 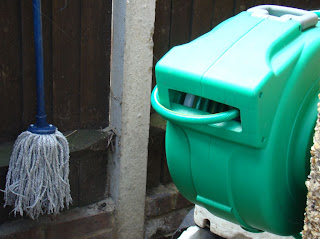 Now the hose-pipe ban been implemented the rain has started to fall, albeit in small amounts, so far! Comparisons have been made with the 'drought' of 1975/6. Comparing the rainfall figures for Kew in 1975 and Morden 2011 the totals are as follows:- Annual total Kew 1975 was 558mm. Annual total Morden 2011 was 510mm. Total from July to December (Kew) 1975 (6 months) 263mm (this included 51mm in just 1 day during September!). Total from July to December (Morden) 2011 (6 months) 268mm. For the last 3 months of 1975 the total was 108mm, in 2011 it was 123mm. The first 3 months of 1976 produced just 46mm. January to March this year has given 73mm. The '75/76 drought did not really become serious until the summer months of 1976 when days of unbroken sunshine accompanied by brisk winds, heat and low humidity conspired to reduce reservoir levels dramatically. Yes, some of the reservoirs this year are down below 50% capacity, and yes leaks from pipes are unacceptably high, but it remains to be seen if the the widespread ban on hoses is a justified precaution against water shortages, or a cynical political ploy to soften us up for the compulsory use of water meters!
Posted by London Weather at 03:11 No comments: