The media snow circus has begun 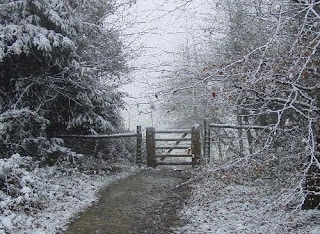 The cold weather has arrived and journalists are posted in every corner of the land for the big chill. In reality, it may be the start of something big but in this area no records (yet!). A few flurries of snow around London are not unusual in November. Two years ago there was 1cm of lying snow on the morning of the 23rd. The last time we had a November day colder than today was 17 years ago, on the 22nd to be precise, when the maximum temperature was only 1.2 C. November 1993 was very different to November this year with plenty of cold weather and several very frosty nights with minima below minus 4 C. By the way, December 1993 was mild with only 4 slight frosts, and the lowest temperature only minus 1.2 C!
For snow and cold weather lovers late November 1890 was interesting. After an unremarkable early part to the month, the temperature at Kew exceeded 14 C on the 23rd. However, 5 days later the maximum was only
minus 3.6 C. The following December was the coldest on record. Although it was a relatively dry month, it was very dull with less than 1 hour of bright sunshine all month. Despite the extensive cloud cover, there were only 4 frost-free nights, and after a maximum temperature of minus 6 on the 14th, the minimum on the following night was minus 12 C, a value we haven't seen in this area since 1981!
Posted by London Weather at 05:02 3 comments: 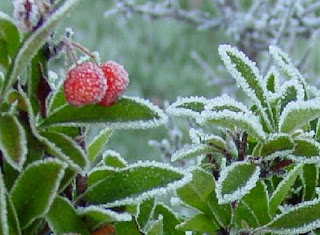 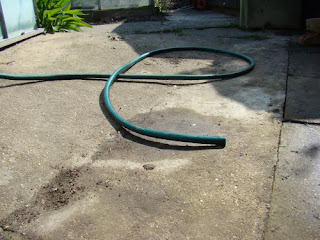 Today marks the 15th consecutive day without measurable rain (defined as 'no daily rainfall equal to, or exceeding, 0.2mm/0.01 ins.'). Up until the 1980s this 15-day period was known as a 'drought'. However, the rise of the mocking tabloid press, the general decline in exactitudes, and comparisons with life-threatening water shortages in the Third World quite correctly brought about the abandonment of the term 'drought' by all but a few diehards.
Nevertheless, it's interesting to examine these lengthy dry spells. The previous one occurred here from the 16th September to 2nd October 2009 (a total of 17 days), but lack of rain is generally less common during the Autumn and Winter months. A good Summer often produces a prolonged period of dry weather. In 1959 this area had 37 consecutive dry days (15th August to 20 September) and in 1976 parts of southwest England had no measurable rain for 45 days. Perhaps surprisingly there was no 15-day dry spell in 2003, but the rainfall deficit for the period February to October in that year was well over 50%.
The Spring months seem to have the most frequent dry spells. In recent years there have been several in mid Spring. In 1995 there were 19 dry days (29th March-16th April), in 1997 it was dry from the 25th March to 17th April (24 days). A total of 27 dry days occurred between 21st March and 16th April 2002, and in 2007 there was dry weather between 31st March and 22nd April (23 days).
Is there any way of connecting dry Aprils to the following Summer? Fortunately the answer is no. In 1912, parts of London had no measurable rain during April and the following Summer was one of the coldest and wettest on record! By the way, the previous 4 mid Spring dry spells were equally divided between good Summers and decidedly indifferent ones.
Posted by London Weather at 03:27 No comments:

So how bad has the winter been? 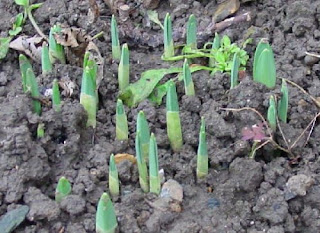 Days are still chilly, and there was even a flurry of snow early this afternoon. However, the push from winter to spring is well under way.
For statistical purposes, winter covers the 3 calendar months of December, January and February. In this area, December was the 29th coldest since 1900, but in recent years the Decembers of 2002, 1997 and 1996 were colder. January was slightly more interesting. It rated as the 12th coldest since 1900, with colder Januaries occurring back in 1987, 1985 and 1979.
A third consecutive winter month with temperatures significantly below average is quite rare. The last occasion this occurred was during the memorable winter of 1962/3. In more recent years, the winter of 1984/5 was the 10th coldest since 1900 despite a relatively mild December. Similarly, December 1978 was not cold overall, and the winter of 1978/9 was only rated 7th coldest.
Although this current February is only ranked 50th coldest at the moment, it does look as if this figure will rise towards the top 20 over the next few days. However, the trend to milder weather later in the month is apparent from some forecast charts. If, therefore, the mean temperature at the end of the month is similar to the current value (4.9 Celsius), This February will have been the coldest since 1996 and the winter will have been the coldest since 1990/1. However, if this February is cold enough to rise to 20th, it will have been the coldest February since 1991, the 9th coldest winter since 1900, and making it the coldest winter since Jim Callaghan's 'Winter of Discontent'......1978/9.
We await with interest!

Posted by London Weather at 05:57 No comments: