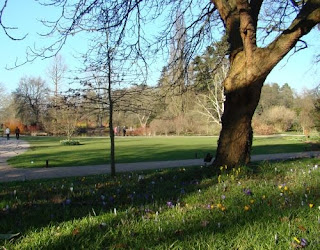 Although cold air continues to lurk uncomfortably close on the near continent, forecast charts for the remainder of the month generally suggest that mild weather will prevail. In fact the projected mean temperature in this area of 7.8 Celsius would rank February 2011 as the 4th mildest in the last 110 years, behind 2002, 1990 and 1961. In February 2002 there were no exceptionally mild days, but only 2 air frosts occurred in this snow-free month. In February 1990 there was sleet early on the afternoon of the 3rd, but only 1 air frost occurred and on the 23rd the afternoon temperature soared to a record-breaking 19.0 Celsius. In February 1961 there were several very mild, sunny days and the month was totally free of air frost and snow. Although this February is not going to be a record breaker it has certainly helped to redress the balance after the cold December.

Posted by London Weather at 06:33 No comments: