'Snow Breaks the Drought'... but not any more 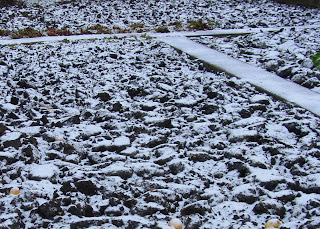 The light snow that fell overnight and early this morning marked the end of a 16-day period without measurable rain. In the old days, when City gents wore bowler hats and Christmas crackers only came from Woolworths, a spell of 15 days, or more, without 'significant' rain (less than 0.01 inches, or 0.25 millimetres) was known universally as a 'drought'. It was a term reluctantly used by meteorologists but regularly dug up by the media. Fortunately, since the real droughts, especially in Africa and Australia, have been vividly portrayed on our television screens, a lack of rainfall has been taken more seriously. However, to get back to the quirky old 'drought'. There have only been 3 occasions during the last 20 years in this part of London when a 15-day dry spell has encompassed the winter months (December, January and February) and not at all when the majority of dry days occurred during December! The 16 consecutive 'dry' days is nowhere near a record. In 1959, http://www.london-weather.eu/article.99.html central London had no measurable rain from the 24th January to 20th February, a total of 28 days.

Posted by London Weather at 04:17 No comments: