Where is the Summer Heat? 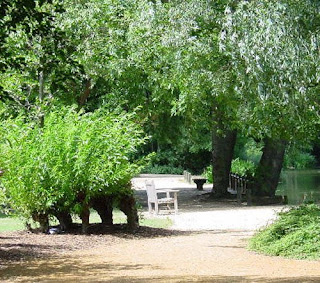 Yesterday (Thursday) was the warmest day of the 'Summer' so far. Here in Morden, the temperature reached 27.6 Celsius, central London and and Northolt reached 27.5 Celsius, and Heathrow Airport managed 28.2 Celsius. Today is less warm, but humid, and over the next few days it looks like being warm but probably not hot. In the London area there is usually at least one day in the Summer when 28 Celsius is comfortably exceeded, and, of course, there is still plenty of time for high temperatures. In recent years, some record-breaking maxima have occurred during August. However, if the 27.6 Celsius should prove to be the highest maximum, it would then be the lowest yearly maximum since 1978!
Posted by London Weather at 04:24 No comments:

Not Another Wet July! 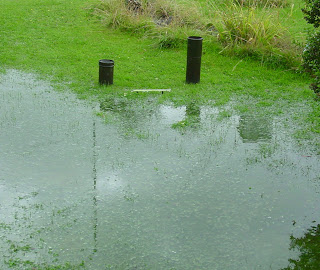 The first rain of the month has just fallen but there's a long, long way to go before we reach last July's total of 124mm. It was the second wettest July for at least 100 years in South London, with only July 1956 wetter. Perhaps surprisingly, none of the top 10 wettest Julys correlate with the top 10 coolest Julys. During the wet Julys, rain is often of a thundery nature, and although the weather may be cyclonic, there are often spells of warm sunshine between the downpours. However, out of the 9 Julys when 100mm was exceeded, only the Julys of 1925 and 1941 could be described as rather warm. In association with all the wet Julys, the following Augusts were cool, and sometimes very cool. Let's hope it's not another wet July this year.
Posted by London Weather at 04:37 No comments: