Another mild and sunny day 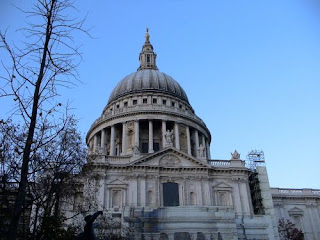 November 2010 was a fairly dry month, but that is the only weather feature it shared with this November. So far this month there have been no air frosts, although tonight could change that statistic. There have been several mild and sunny days, a continuing characteristic of this autumn, and although the leaves have fallen off most of the trees, the run up to winter is very different from last year. On this day in 2010, it was cloudy, not unusual of course, but the maximum temperature was only 1.4 Celsius. That is 12.7 Celsius lower than the highest temperature recorded today. Although a frost is a possibility for tonight, the minimum will undoubtedly be several degrees higher than on the corresponding night last year. On that night the temperature fell to minus 5.9 Celsius, the lowest November reading for 21 years. On the last day of the month there was heavy snow, and the good folk of this area awoke on the 1st of December to an 8 centimetre covering of snow! Not so this year, presumably.
Posted by London Weather at 05:02 No comments: 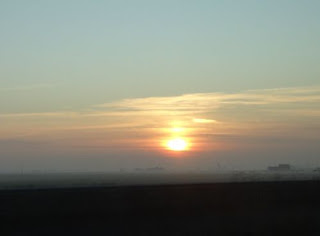 The fog which descended over parts of London and persisted through much of Sunday helped to fuel the myth that London is a foggy city. Certainly the pea-soupers that plagued the Capital in the past justifiably gave the city a bad reputation. The polluted fog of early December 1952 was probably responsible for over 4000 deaths in Greater London and this eventually led to the Clean Air Act of 1956 and a decline in the instances of choking fogs. Nowadays, the heat island of London helps to reduce the number of 'natural' fogs and the few fogs that do occur are usually confined to, or are at their worse in, low-lying suburban areas of London. The statistics for Morden show that since 1988 November, on average, has been the foggiest month. However, a day with fog (defined as a day when visibility is below 1000 metres at 0900 UTC) has only occurred on 19 occasions, and the highest number of foggy days in any month has only been 4. Thus the 'foggy London' tag has well and truly been laid to rest.
Posted by London Weather at 05:02 1 comment:

What about the frost? 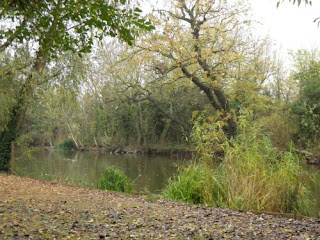 This autumn, so far, has seen a couple of white grass frosts (in October) but no air frosts have occurred. How unusual is that? At this site records began in 1988 and since then there have only been 2 instances where the autumn months, September, October and November, have been completely free of air frosts. The years in question were 1994 and 1999. In 1994, November was exceptionally mild and currently stands as the mildest November in this area since before 1900. Also the temperature difference to the next mildest (1938) is, in statistical terms, quite substantial. However, at the moment, this November is milder than that of 1994, also by quite a significant margin. Today may help to change that, though, with the maximum temperature struggling to achieve double figures. In both 1994 and 1999 the frost-free period did not extend through the remainder of the year. In 1994 the first frost of the 'winter' occurred on December 15th with the 14th seeing the first frost in 1999.
Posted by London Weather at 05:32 No comments: 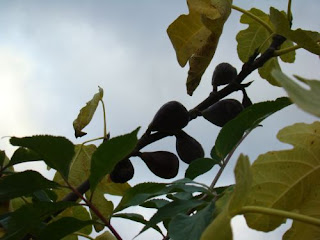 The 25 millimetres of rain that fell on Thursday made it the second wettest day of the year, but fortunately the dry autumn has left the soil very manageable. The potatoes have been lifted and the crop looks good, so many baking potatoes for the next few months. There is a heavy crop of carrots, but they're not particularly large and wireworm has been rather problematical this autumn. A bonus this November has been the lack of air frost, so far. There were some white ground frosts on a couple of mornings during October, but no damaging air frosts have occurred this autumn and this has allowed the second crop of figs to ripen. The wet summer in this area has led to a bumper crop of celeriac and beetroot, and netting has largely managed to keep the abundant Cabbage White butterfly away from the brassicas. So, the autumn harvest is now in, with the prospect of cabbages and sprouts for the winter months ahead.
Posted by London Weather at 06:42 No comments: