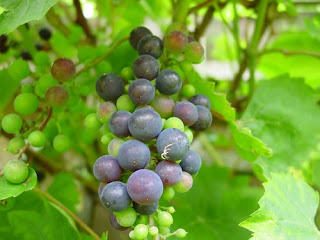 In recent weeks there have been less grumblings about the poor summer. In fact, in the London area August has been a month of consistently warm weather. The temperature has reached, or exceeded, 20 Celsius on every afternoon since 20th July, a total of 30 days! If maxima reach 20 Celsius on each of the next 9 days, then this August will be record-breaking. Even in the hot Augusts of 1995 and 2003 there were days when the temperature failed to reach 20 Celsius, and further back the August of 1976 had some cool days during the last week. It remains to be seen if this month produces a record, but in this so-called poor summer there have been 72 days (including April and May) with highs of 20 or more. In the memorable summer of 2003 there were 117 warm days, including 22 maxima above 20 Celsius during September.
Posted by London Weather at 08:01 No comments: 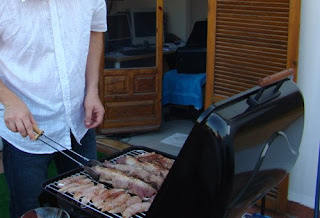 As the baying pack from the media continue to taunt the rather disingenuous attempt by the Met. Office to tell us it almost is a 'barbecue summer', let's find a few facts ........at least for this part of the country where 15 million potential barbecuers live.
There is a reason why barbecues are more common in Mediterranean countries and the USA than here. They have warm and dry summers, and we don't. Up until the mid 70s plastic macs donned for a trip to the pub were more common than plastic plates and cups on the patio, but then the summer of '76 arrived. The general public realized that the sky didn't leak every day, and suddenly al fresco hit London. The barbecue grills rusted for a while in the late 70s and 80s, but from the end of the decade onwards a barbecue grill became a 'must have' along with the 4-wheel drive and a mobile phone. In many years the weather co-operated, but in this summer, like in its two predecessors, plastic mac days returned.
The official statistics put an emphasis on the mean temperature and the total rainfall, but if the nights are cloudy and windy they're often milder than after warm and sunny days. Perhaps more relevant are 'days' with rain falling and daily maximum temperatures, and these paint a poorer picture of the summer weather so far this year.
May, perhaps perceived as a tad early for a trip outside, did produce a few reasonable days during the last week, and June was a pleasant month in London. However, using maximum temperatures, it ranked cooler than the recent Junes of '76 , '89, '92, '96, '03, '04 and '06. Although rainfall totals were below average, the number of days when rain was recorded was above normal
For many people in Southeast England July was a poor month. After the 2nd, winds were from the southwest on nearly every day. The breezes were brisk at times and on the south coast they were often fresh or strong. The temperature has failed to rise above 21 Celsius since 3rd July on the Sussex coast, and although it has been somewhat warmer at times inland, in south London there have only been 4 cooler Julys (based on maximum temperatures) in the last 20 years! The other interesting statistic is with regard to rainfall. Okay, it was a wet month around London, but not exceptionally so. However, measurable rain fell on 20 days.....4 more than the previous July record during 20 years of observations, and what's more 6 of the remaining 11 days had some rain, but not enough to measure.
The Met. Office have 'revised' their forecast for the rest of the summer, but while they keep digging their hole, it remains to be seen if nature has the last laugh and produces a warm and dry August.
Posted by London Weather at 04:53 No comments: