Where are those mild early spring days? 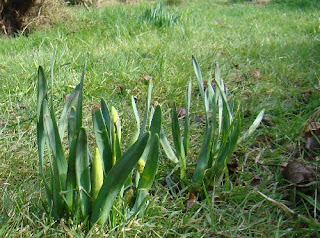 The daffodils are in bud but so far this year there has been a shortage of those soft late winter days. In recent years it has been possible to feel pleasantly warm in the garden at some time in the late winter. Indeed, in 14 out of the last 23 Januaries there have been maximum temperatures above 13 Celsius and only 5 of the last 22 Februaries have had maximum temperatures under 13 Celsius. So far this year just one day, the 12th January, has had a temperature above 13 Celsius. This month has not had any temperatures above 12 Celsius yet, although that should all change over the next few days. A steady rise of temperature should ensure maxima in the mid to high teens around Thursday or Friday, a welcome change after the cold weather of early February. Will records be broken? Unlikely. In 3 out of the last 22 years maxima have exceeded 17 Celsius in February and on 23rd February 1990 the temperature here in Morden reached 19.0 Celsius. This exceptionally mild day in 1990 appears to be the record to beat, although the last day of February 1959 also had temperatures close to 19 Celsius in other parts of Greater London.
Posted by London Weather at 05:22 No comments:

Not as bad as over there 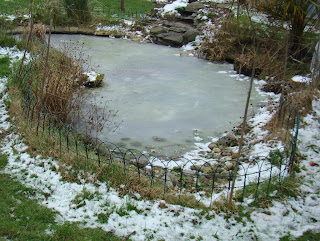 Our media have been extracting the best adjectives from mothballs to describe the rather inclement weather we have been having over the last few days. True, the night before last was the coldest in February for 21 years. True, we had a burst pipe, but compared to the near continent this has been almost summery! It would be unfair to compare minima between urban areas and rural frost hollows, but here is an idea of the night-time temperatures that have been experienced at some of the airports that serve European Capitals. The lowest temperature experienced at Heathrow Airport this month has been minus 7 Celsius. Paris (Charle de Gaulle Airport) had minus 11 Celsius. Amsterdam had minus 19 Celsius...no wonder they're skating on the canals! Berlin had minus 20 Celsius, Vienna had minus 15 Celsius and Prague had minus 21 Celsius. It wasn't just central and northern Europe that had the low minima. Madrid had minus 6 Celsius, Rome had minus 3 Cel;sius and even Malta had 4 Celsius, plus 4 that is!. As the cold spell slowly comes to an end here, and even more slowly across the Channel, it can be assumed that the flowery language from the newspapers will be put to bed for another year.
Posted by London Weather at 04:50 No comments: