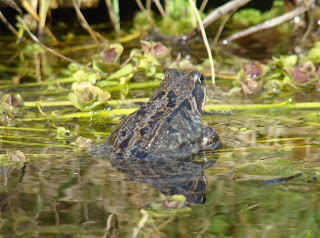 At the moment this is the 6th mildest March since 1900 and by the end of the month it may climb to number 4. However, the 3 mildest Marches are unlikely to be bettered this year so, at best, it will be the mildest March since 1997. In that year it was dry, drier than this March, with only 11mm of rain. The highest temperature was only 17.5C and there were 9 days when the temperature was 15C or higher; this year there have been 10 days above 15C already. In 1997 there were no days in March with maxima under 10C, this year there have been 4 so far. There were no air frosts in March 1957 and there have been 2 so far this month. And April 1997? Unfortunately it was another dry month with 12mm of rain and no significant rain from 25th March to 17th April (24 days). The other 2 very mild Marches were firstly 1957, a rather dry month with the temperature rising to 19C and with only a couple of slight frosts. This was also followed by a very dry April; and secondly the other mild March was in 1938. The highest temperature was 18C and it was a very dry month followed by an even drier April. In that year no rain fell between 2nd and 24th March (23 days) and between 4th and 23rd April (20 days). Statistically it doesn't look good for when the hose-pipe ban commences!
Posted by London Weather at 07:42