3 fine days and a thunderstorm 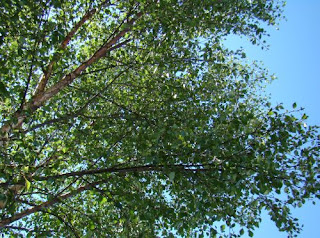 George the Second (1683-1760) was unique in many ways. Firstly he was the last monarch to be born outside of the United Kingdom, secondly he was the last monarch to lead a British army into battle, and thirdly he was considered to be responsible for the adage that a British Summer was '3 fine days and a thunderstorm.' By co-incidence, a long-standing rainfall series for England and Wales commenced in 1727, the same year that he succeeded his father as king. During his reign he probably became aware of some exceedingly wet summer months. 1736 produced one of the wettest Julys ever known, and the Julys of both 1743 and 1751 were also thoroughly wet. Some wet Augusts occurred in the early 1730s, but perhaps it was the extremely wet August of 1737 that triggered the quote. We may never know, but there is certainly some truth in the saying, and as we enter day 2 of the fine spell (and the warmest day of the year so far!) , we wonder if the hot and humid day tomorrow will be followed by that traditional thunderstorm!

Posted by London Weather at 07:59 No comments:

Good for the garden...in moderation! 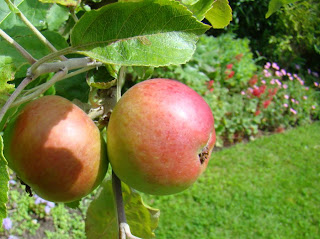 Rain is almost a daily occurrence this month, and although it has done wonders for the garden, it is now becoming somewhat excessive. So far, this June has had nearly 66mm of rain making it the wettest this century. It has a long way to go before beating the 137mm that fell in June 1997. Nevertheless, there has almost been twice as much rain as we had in the whole of the Spring (March, April and May). Whilst the fruits are filling out quite nicely, the temperature is on the low side for some crops, especially tomatoes. At the moment it is the coolest June for 20 years, although there is a hint of somewhat warmer weather later in the month. The highest daily average temperature occurred in April with 19.3C. May had 18.6C, and so far this month the average is 19.1C. It would be extremely unusual if this situation was unchanged at the end of the month, and it would be even more unusual, perhaps unique, if the highest temperature (27.2C on the 23rd April) turned out to be the warmest day of the year!
Posted by London Weather at 04:33 No comments: 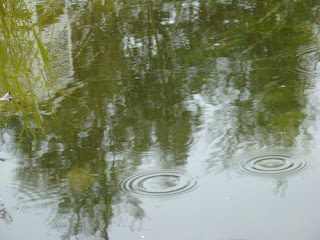 With the drought stories fading from the news as quickly as they appeared, rain drops continue to fall. Of course, some parts of the country are still in dire need of sustained rainfall, but for this area of south London the drought is well and truly broken. So far this month we have had over 45mm of rain. Already it is the wettest June for 4 years, and the wettest start to June since 2002. In that year 42mm fell in just 1 day (the 5th), and back in June 1973 nearly 45mm fell in Morden in 1 day. Recently, Junes have tended to be dry and there have only been 2 wetter than average June since 2000, Prior to that, there were a couple of exceptionally wet Junes. In 1998 nearly 125mm of rain was recorded, and in the previous June (1997) over 137mmwas measured. Although 1997 possessed the wettest June in living memory, in 1903 over 180mm of rainfall was measured at Kew, all of it falling between the 9th and 20th. At Carshalton over 80mm of rain fell on 10th June 1903. By the way, most of the rest of that Summer, and much of the Autumn, remained cool and wet!
Posted by London Weather at 06:32 No comments: 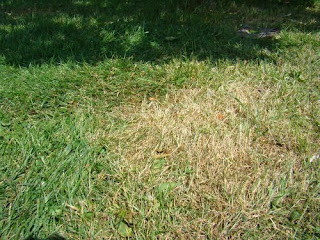 The grass is beginning to turn brown quite widely, just as it did during the summer of 1976. If the media were to believed in those hot and dusty days England would never again be a green and pleasant land. Of course, the rain arrived in spades late in August and through September. By the end of autumn, there was little to show for the prolonged dry spell. Aside, that is, for a few dead trees, most of which weren't native to southern England. So, where does it leave 2011? Although, it was the driest Spring this year in living memory and beyond in this area, the winter was fairly wet. Already this year we've had over 50mm more rain than we had in the first 6 months of 1976. Also, the weather patterns showed marked differences between the Springs of 1976 and 2011. As a result temperatures are very different. March 1976 was cooler than March this year with no days exceeding 16 Celsius (5 this year). April 1976 had near normal temperatures compared to the record-breaking warmth this year. By way of contrast, May was fairly warm in 1976 with the temperature exceeding 29 Celsius as early as the 7th. Although this May was reasonably warm there were no hot days. June 1976 was outstandingly warm, and although the maximum temperature today is around 27, a decline into maxima mediocrity seems imminent.
Posted by London Weather at 05:51 No comments: