Wettest day of the year in London? 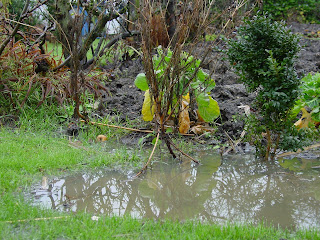 Yesterday was the wettest day of the year with 25.4mm (exactly 1 inch) of rain falling in the 'Rain day' that stretches from 09 to 09 GMT. It was not a record breaker, nearly 32mm fell in December 2002 and almost 30mm fell in 1995. Boxing Day 1886 appears to have been the wettest December day, but as some of the totals included melted snow a cynic may question the validity of the readings. The numbers for that day included 46mm for Kensington and Brixton and 60mm for Hampstead. In recent years, 34mm fell in parts of southwest London during December 1979. Interestingly, the whole rainfall event this December covered 2 'Rain days' and the total came to nearly 36mm. It commenced around 0100 hours on the 13th and then rained continuously until 2300 hours, a total of 22 hours. That in itself is not a record. During June 1903 parts of north London had over 58 hours of continuous rain. By the way, a few days after that rain a three week 'drought' commenced!
Posted by London Weather at 03:45 No comments: 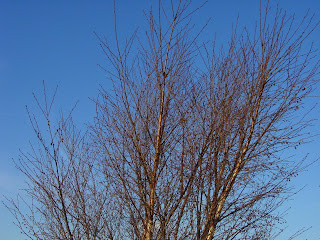 After 3 dull days the sunshine that arrived today was to be welcomed. If it wasn't for a few minutes of low cloud at either end of the day the sunshine could have been unbroken. The 1st of December is potentially the sunniest day of the month with the daylight fractionally longer than on any other December day. This potential is seldom realised of course, but in 1954, a mild and sunny December occurred, and there were 7 hours of sunshine on the opening day. Two years later it was also mild during December but there were only 9 hours of sunshine all month. The Clean Air Act of 1956 helped to reduce pollution in London and smog is now almost unheard of. Fog is also a rarity now in Greater London, and the dreadfully dismal months of the 19th and early 20th centuries are behind us. There will probably never be a repeat of December 1890 when much of London had less than 30 minutes of sunshine all month, and parts of the West End remained completely sunless.
Posted by London Weather at 11:49 No comments: