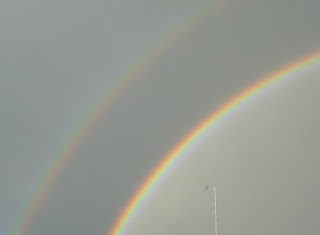 Less than 72 hours until the end of Spring. For rainfall purposes it ends at 0900GMT on June 1st. At the moment another 6mm of rain are needed to keep the old 1976 record intact. The thunderstorms on Thursday produced over 8mm of rain and that made it the wettest day since January 17th. There was rain at other times last week, but although fronts brought changes of airmass, amounts of rain were negligible. The 'record' now appears to hinge on the behaviour of a minor wave on a cold front currently to the west of the UK. Computer models suggest that this wave will become quite active as it trundles northeast over southern England tomorrow. At the moment, it looks as if the heaviest rain will occur west and north of London, but in addition to this frontal rain, destabilization ahead of the front tomorrow may lead to showers breaking out, although the near continent seems more at risk from that feature. It certainly looks like being a close run thing before Summer begins ..... with the prospect of further records??

Posted by London Weather at 05:42 No comments:

Dry, but getting wetter! 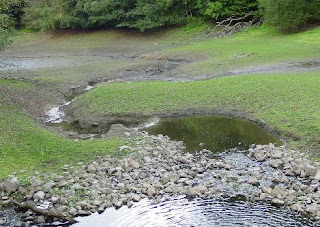 The 23rd of May, the sun is shining, but rain over the weekend has reduced the Spring deficit and it remains uncertain whether the 'record dry Spring will become a reality. A mere 15mm will now take the 3 month total past that achieved in Spring 1976 but there are only 9 rain days left! Let's have a look at the latest charts. At the moment the radar shows a band of rain over Wales and that's forecast to weaken considerably as it moves southeast. Probably 1mm at most before it clears. Tomorrow (24th). Only an outside chance of a shower. 25th suggests a weak front late in the day or overnight, again less than 1mm. So, 6 days to go and 13mm. 26th will probably be showery, typically 2-5mm, with a ridge of high pressure helping to produce a dry day on the 27th. The 28th could well be a wet day 5-10mm, possibly more! Back to showers and around 2mm on the 29th followed by more substantial rain on the 30th (5-10mm) and then showers again on the 31st (about 2mm). Best estimate would suggest the record will be missed by close on 3mm. Bad news for the thrill-seeking statisticians. Great news for the gardeners!
Posted by London Weather at 04:34 No comments: 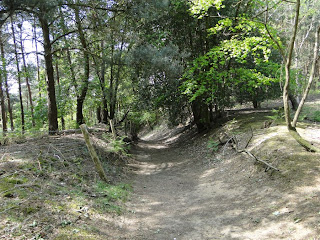 A few spots of rain fell this morning but now it's beginning to look very dry. The trees are losing their Spring lustre and the grass is turning increasingly brown. It's not surprising really. The total rainfall for this area since 1st March (66 days) is only 21.6 mm. To put that figure into context, the 20-year average fall for those 66 days in this area is 105mm, so the total this year is only just over 20% of the average. What of the rest of Spring? Will it beat the record? Interestingly, the average rainfall for the first 15 days of May is 15mm, but for the last 16 days of May the average is 29mm. Therefore, if 'average' rainfall occurs for the last 16 days of the month the record will not be broken! The total for the Spring would then be around 51mm which would rank this Spring as the 6th driest since 1900. However, if only 18mm of rain falls the record will be broken. In 4 of the last 20 years, and 21 of the last 110 years, there have been daily falls of over 20mm in this area during May. So, it only takes one big thunderstorm and that 'Dry Spring' record set in 1976 remains intact.....and by the way, the grass really did turn brown by the end of that Summer, all of it!

Posted by London Weather at 03:57 No comments: 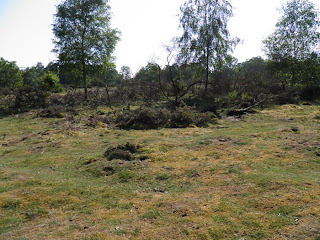 The heaths around London were tinder dry after weeks without significant rain, but west of London there were 9 or 10mm of rain during Saturday with parts of west Surrey having several millimetres more than that. Unfortunately most of east Surrey and south London had considerably less rain with typical totals 2 or 3 mm. In this part of south London the total rainfall since 1st March is only 21mm, still 19mm short of the 40mm that is needed to prevent Spring 2011 being the driest since before 1900. So, just 24 days left before 'Summer' arrives and will the record be broken. Obviously too early to say yet, and in showery weather totals can increase quickly. However, over the next few days it looks as if showers will be few and far between in this area, and although the further outlook remains generally unsettled, whilst the main area of cyclonic activity stays to the north of Britain, the prospect for substantial rain in south London stays small.
Posted by London Weather at 06:14 No comments: 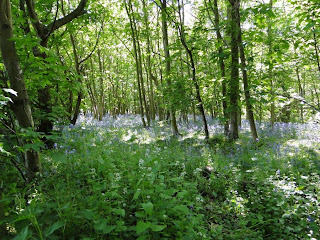