How severe can the frost be? 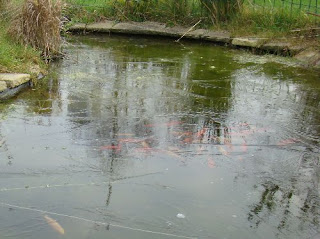 There is much talk at the moment about severe frosts affecting this area over the coming nights. So how severe can severe be? Last night ice formed on the pond as the temperature dipped to minus 3, and ice will probably stay on the pond for several more days. If the ground remains frozen that helps nights to become colder, and a deep snow cover helps even more. Since 1991 the lowest February temperature has been minus 6.0, this being recorded in both 2007 and 2008. The lowest temperature of any month recorded at this site was minus 9.9 on the morning of February 10th 1991 over 17cm of fresh snow. Prior to that, the temperatue was almost as low in the February of 1986. The coldest Februaries overall since 1900 didn't necessarily produce the lowest minima, mainly because strong winds and cloudy skies prevailed. In 1947 a minimum of minus 9.7 occurred but the lowest seems to be minus 11.8 in February 1895. Is it there to be beaten?
Posted by London Weather at 12:31 No comments:

There is still time! 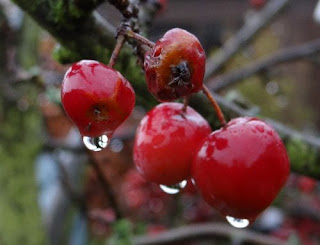 The crab apples are beginning to rot on the trees and so far there has been no sign of the Redwings or Fieldfares that descend on the tree when there is 'real' winter weather. There still hasn't been any 'proper' snow and the days are steadily lengthening. The forecast charts occasionally hint at a blast from the east but without much conviction, although there is still hope. Some of the coldest Februaries have been proceeded by average, or even mild, Januaries. In 1947, the coldest February since 1900, was preceded by fairly mild weather up until mid January. In 1986, the second coldest February since 1900, the preceding December was less snowy than December 2011! There were just 2 days with a few blobs of sleet. January 1986 was a wet month with temperatures close to average. Sleet or snow fell on 8 days but it didn't settle. The last week of January became rather cold and winds swung to the northeast and then February! The first few days of the month were dull and drizzly although a little snow settled on the evening of the 2nd. Real winter began on the evening of the 5th. Snow fell followed by a frost, and snow then remained on the ground until the 5th March with every night during that period having a frost. Time will tell!
Posted by London Weather at 03:53 No comments:

Frosty nights, but not exactly winter! 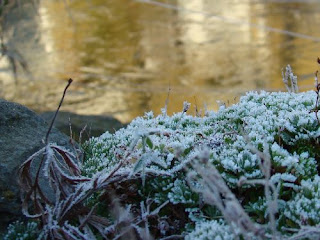 There have been 4 consecutive frosty nights, and the pond has been frozen solid for 4 days, but it's hardly wintery weather. There were 3 days of 'snow' during December, although the 'snow' was. in fact, sleet with a limited amount of snow flakes, so it won't be a winter free of snow. However, it's beginning to look as this month could be devoid of snow. The last January without snow was in 2002, but snow-free Januaries are not that unusual. In 1989, 1990 and 1992 January was free of snow here, but according to Brazell, London Weather (1968), 'a January without at least local snow (in the London area) is rare and there have only been 5 years since 1900. The Januaries in question were 1904,1906,1916,1925 and 1944. By way of contrast, there were 21 days with sleet or snow falling in January 1963 and the ground remained snow covered throughout the month. A January without an air frost is extremely rare. In 2008 there was only 1 air frost in Morden, but it appears that the only January without an air frost in the Morden area was 1938.
Posted by London Weather at 06:31 No comments: 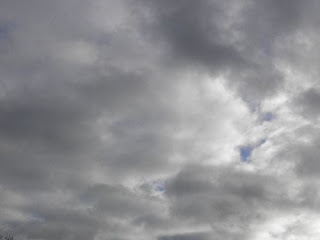 At the moment, with a third of the month gone, this January is the mildest since before 1900. It hasn't been wall to wall sunshine, but the soft grey clouds with chinks of blue showing through are nevertheless uplifting when accompanied by a temperature that frequently tops 10 Celsius. Since 1900, a total of 4 out of the top 10 mildest Januaries have occurred during the last 10 years and only 2 of the mildest Januaries occurred before 1974. The mildest January, 2007, had maxima above 10 Celsius continuously from the 3rd to the 20th, and on 6 days the high topped 13 Celsius, a figure we haven't reached this January. The highest value was 14.2 Celsius on the 18th, a day of destructive winds when a gust of 58 knots (64 mph) was recorded here. Although the month was record-breakingly mild, it was not without its wintery moments. Sleet or snow fell on 5 days towards the end of the month and on the 24th there were 3 centimetres of snow carpeting the garden for most of the morning.
Posted by London Weather at 04:27 No comments: