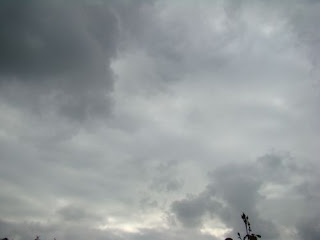 Posted by London Weather at 02:45 No comments:

Summer coming to an end 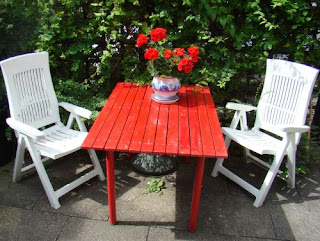 Like it or not summer is coming to an end, at least meteorologically speaking. The 3 calendar months, June, July and August constitute summer but hopefully there will be plenty more 'summer-like' days to come during the autumn. With 10 days left until the end of the month it looks, assuming that there will be more than 10mm of rain before the 31st, as if this summer will be rated as the poorest since 1988. So how poor was that summer compared to this one. Firstly, in June 1988 there were only 25mm of rain against 82mm this last June. There were only 9 days with rain falling but in June this year there were 17 rain days. However, in June 1988 there were 18 days when the temperature failed to reach 20 C., but this year there were only 16 cool days. In July 1988 there were over 65mm of rain measured compared with 52mm this year. The rain fell on 17 days in 1988 but only on 12 days this year. There were 15 days with maxima below 20C in 1988 but only 10 days this year. August 1988 was not wet, just 29mm recorded but temperatures failed to reach 20C on 9 days. So far this month we have had over 30mm of rain but temperatures have only failed to touch the 20C mark on 3 days. It's still possible that this summer will descend to the level of 1988, but probably not.

Posted by London Weather at 06:21 No comments: 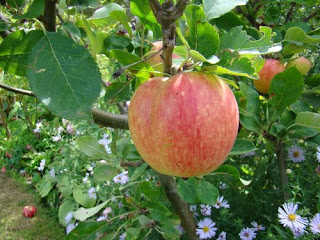 It's the time of plenty. What ever the weather has thrown at us in the Spring and Summer, there is usually a happy ending in some form for the farmers and gardeners. In this particular area there is a fine crop of Victoria Plums, although several have rotted on the trees, and the same applies to the apples. The exceptionally dry Spring seems to have had little impact on the fruit and vegetables, but the early summer rains have been more influential. On the positive side, apples, pears and potatos are very large this year. On the negative side, there are plenty of maggots in the apples and many are falling off early. The tomatoes are poor this year, but cucumbers are good. Onions, peppers and chillies are also good, so overall it has probably been a bountiful year. Crab apples are in abundance, so hopefully there will be a return of the Fieldfares this winter. Does it mean another severe winter? One thing for sure, the fruit and vegetables are products of the past weather, and NOT the future weather!

Posted by London Weather at 04:53 No comments: 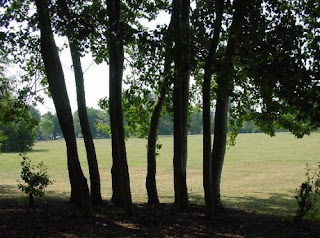 Yesterday, Saturday 6th August, is not a date that rings many bells in the weather fraternity. However, for this little part of south London it is, on average, the warmest day of the year. Okay, so the records only go back 23 years, and it is only warmer than the next warmest day by 0.1 Celsius, but the fact stands. Historically, the early part of August has seen some of the highest temperatures. On August 9th 1911 it was very hot across London, and although some of the maxima on that day were recorded in non-standard conditions, values of 38 were measured at Greenwich, 37 at Isleworth, and 36 at Camden Square, Epsom and South Kensington. However, at Kew, the maximum temperature recorded in a standard Stevenson Screen was only 34.3. Record-breaking heat occurred on the 3rd August 1990, and although only 35.5 was recorded here, there were highs of 36 and 37 in the London area. All these hot days were eclipsed on the 10 August 2003 when this site had a maximum of 36.7 and areas in. and around, London had highs around 37 or 38. This was the hottest day since instrument records began, and on an afternoon when the temperature is failing to reach 20 it seems a far distant memory.
Posted by London Weather at 07:12 No comments: