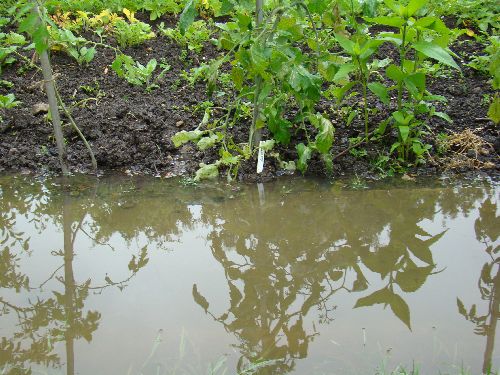 Flash flooding and grey cheerless skies are grabbing the headlines, but how bad has this June been so far? With one third of the month gone it is the 8th coolest June since 1900 and the coolest in the area for 35 years. Already it is the 19th wettest since 1900 and the wettest in Morden for 14 years. If the coolness of the month and the wetness of the month are combined, and given equal weighting, it is currently the 6th worst June since 1900. and the worst June in this area since 1991. The top 3 inclement Junes were 1909, a very cool month in which the temperature failed to rise above 11 Celsius on the 6th and it was the 3rd coolest June of the century. It was wet with 87 millimetres of rain falling, although there were 14 dry days. Number 2 was June 1971 when over 130 mm of rain fell at Kew and for parts of the south coast between Devon and Sussex it was already the wettest June on record by mid month! Ironically, for many parts of the country the first week of June was dry and pleasantly warm. The June of 1903 was the wettest of the century with 183 millimetres falling at Kew. Actually, on 20 days no measurable rain fell, however sunshine was in short supply and, apart from a few days at the end of the month it was decidedly chilly. What of sunshine this June? At Heathrow it is averaging just over 2 hours a day, and if this is figure is maintained until the end of the month it will easily be the dullest June on record. However, this poor weather is unlikely to last until the end of the month. Just like the economy, it will improve with time, won't it?
Posted by London Weather at 04:55