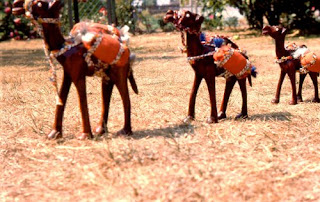 For many parts of southern England June looks like being the 4th consecutive month with below average rainfall, but at the moment the fields and gardens are as green as in the Emerald Isle. Not so in June 1976. March and April were both very dry in that year, with monthly rainfall totals in southwest London below 10 millimetres. May was slightly wetter, but still with a total rainfall more than 50% below average. It was a sunny Spring, but May was actually cooler than this May (2009). June 1976 began fairly cool and changeable. The temperature on the 1st only reached 19 Celsius and nearly 2 millimetres of rain fell overnight. The following 2 days were even cooler with highs of only 16 Celsius, but then pressure rose and so did the temperatures. The maximum on the 9th reached 30 Celsius, and although temperatures then fell closer to average, it remained largely dry with sunny spells. During the third week it was rather cool and changeable, and on the 20th nearly 7 millimetres of rain fell, but the last 10 days of the month were dry, hot and sunny. On the 22nd the temperature reached 27 Celsius, but then daily maxima read:- 30,31,33,33,34,33,29 and 29. It came as no surprise that the grass turned brown. It was not even a surprise that pubs around London ran out of beer. The Summer of '76, a record-breaker.
Posted by London Weather at 03:31